In Commissioner of Patents v Aristocrat Technologies Australia Pty Ltd [2021] FCAFC 202 the Full Court of the Federal Court of Australia has overturned the first instance decision of Burley J, ruling an invention regarding an electronic gaming machine with a particular feature game as not a manner of manufacture and not patentable subject matter within the meaning of the Patents Act 1990.

After initially being rejected at examination and before a delegate at IPAustralia, an appeal by Aristocrat to the Federal Court was allowed by Burley J. He found the invention patentable on the basis that it included a particular construction incorporating hardware and software elements and did not relate solely to an unpatentable abstract idea.

The majority of the Full Court (Justices Middleton and Perram) disagreed with the primary judge’s approach, considering that it simplified the degree of analysis required. The judges considered that an initial consideration of whether the invention is a computer-implemented invention is first required.

In upholding the appeal, the majority construed the claimed electronic game machine invention as effectively a type of computer and conceived two questions to be asked when assessing the patentability of computer-implemented inventions generally:

(a)          Is the invention claimed a computer-implemented invention?

(b)          If so, can the invention claimed broadly be described as an advance in computer technology?

If the invention is implemented by a computer and cannot be considered an advance in computer technology, it is not patentable subject matter.

In this case, the majority considered that the invention disclosed by Claim 1 was a computer implementation of a feature game where the computer in question is an electronic game machine. Therefore, as the feature game would not be a patentable invention on its own, and there was no advance in computer technology, there was no patentable invention. The majority remitted the case to the Federal Court to be re-assessed in light of all the information and the Full Court’s view. 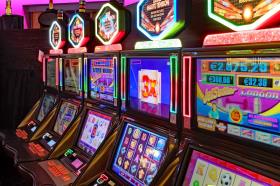 There was also a separate judgment issued by Nicholas J which reached the same conclusion regarding as the majority by way of slightly different reasoning.