In October 2009, Frucor Soft Drinks Limited and PepsiCo Inc (hereafter together “PepsiCo”) released a new 300ml bottle onto the New Zealand market known as the “Carolina” bottle. The Carolina bottle is used in New Zealand for the Pepsi, Pepsi Max and 7Up range of soft drinks.

The Coca-Cola Company (“Coca-Cola”) brought proceedings against PepsiCo for trade mark infringement, passing off, and breaches of the Fair Trading Act 1986, in connection with various trade marks relating to its “contour” bottle (Trade Marks Nos. 47221, 244906 and 295168) and use of the “contour” bottle. The following photographs of the PepsiCo’s Carolina and Coca-Cola’s Contour bottles are taken from the judgment: : 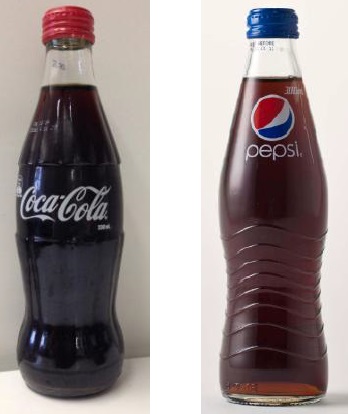 In the High Court of New Zealand[1], Coca-Cola failed on each ground with the Court essentially holding that the Carolina bottle was not materially similar to Coca-Cola’s contour bottle and its trade marks for the contour bottle.

The Court discussed the correct approach to the application of section 89 (the key infringement provision) of the Trade Marks Act 2002. The first step is to identify which signs the defendant is using in the course of trade. The next step is to assess whether the signs have been used in such a manner as to render the use of the sign as likely to be taken as being use as a trade mark. The third step is to assess whether the sign is identical or similar to a registered trade mark, whether the sign is used in relation to goods/services that are identical or similar to those of the registration, and if the mark is not identical and is not used in relation to identical goods/services, whether use of the sign would be likely to deceive or confuse.

- the Carolina bottle’s horizontal wave pattern as compared with the vertical fluting in Coca-Cola’s trade marks;

- the lack of a broad horizontal belt around the middle of the Carolina bottle;

- the lack of bulging on the sides of the Carolina bottle; and

- the lack of a pronounced pinch near the base of the Carolina bottle.

That both Coca-Cola’s trade marks and the Carolina bottle had a “waist” was an insufficient basis for similarity because, amongst other things, the evidence demonstrated that a “waist” on a bottle is a feature that is common to the trade.

As there were differences between the Carolina bottle and Coca-Cola’s trade marks, the combination signs used by PepsiCo were also held to be different as they incorporated one of PepsiCo’s trade marks Pepsi, Pepsi Max or 7Up, which were each held to be well-known in New Zealand.

Further considerations that suggested there was no likelihood of confusion or deception included:

- a lack of evidence of any actual confusion notwithstanding use of the Carolina bottle since October 2009;

- Coca-Cola’s unique market position (90% market share) meant it would have readily learned of any instances of confusion;

- Coca-Cola’s dilatoriness in pursing PepsiCo regarding the Carolina bottle suggested that Coca-Cola did not consider, at least initially, that there was a real likelihood of confusion;

- that Coca-Cola had only commenced proceedings in three countries - Germany, Australia and New Zealand despite use of the Carolina bottle in a large number of countries;

- the design award won by PepsiCo in the United Kingdom for the Carolina bottle which described the bottle as “the distinctive flint glass bottle shape”; and

- the “curious” fact that Coca-Cola did not adduce survey evidence, or evidence of other research, regarding customer perceptions.

Coca-Cola was also unsuccessful in its claims of passing off and breaches of New Zealand’s consumer protection legislation the Fair Trading Act 1986. Under the passing off head the Court held that there was no reasonable likelihood of confusion or deception and that Coca-Cola had not and was not likely to suffer damage, and under the Fair Trading Act ground that PepsiCo’s conduct could not be said to be, or be capable of being, misleading.

The Court’s thorough analysis of the relevant law regarding infringement and close consideration of the scope of Coca-Cola’s registered trade marks provide useful guidance on trade mark infringement in New Zealand.

Trade mark owners should note that a New Zealand court may make a negative inference from a delay in taking steps to enforce intellectual property rights.

The decision also demonstrates that a product in the marketplace may comprise a combination of signs including, for example, the shape of the product and its packaging. Traders should be aware that they may be using a larger number of “signs” than may be immediately apparent.

This decision is under appeal to the Court of Appeal.