Whether or not you are part of the 54 per cent of New Zealand households who purchase the product "Weet-Bix", those who live in New Zealand and Australia are likely to be well aware of this antipodean 'household name' due to its longevity and sports sponsorship, among other factors.

On the other hand, if you are a UK expat, it may be that you are equally or more aware of "Weetabix". Whether Weetabix was an infringement of the Weet-Bix trade mark framed the issue before the High Court in the recent case of Australasian Conference Association Limited v A Little Bit of Britain Limited [2018] NZHC 2501.

As well as relating to a popular product and garnering consequent media attention, the case also provides insight in the way New Zealand Courts will apply sections 89 and 135 of the Trade Marks Act 2002 in relation to infringement and border protection notices. The decision also demonstrates the value of having a border protection notice registered with the New Zealand Customs Service. 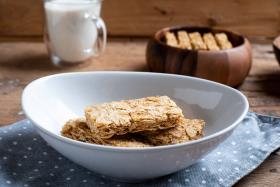 Weet-Bix has been registered as a trade mark in New Zealand since 1928. One way of protecting a registered trade mark against the importation of infringing products is to file a border protection notice for the trade mark with the New Zealand Customs Service. Goods bearing a potentially infringing sign are then identified by Customs Officers, who investigate and may detain the goods until the trade mark owner has an opportunity to issue proceedings in respect of the detained goods.

This was the situation in this case, where the plaintiff, Australasian Conference Association Limited (which trades as Sanitarium), had filed a border protection notice for their Weet-Bix trade mark, NZ Trade Mark No. 26231.

The defendant, A Little Bit of Britain Limited (LBB), is a small British grocery business in New Zealand. LBB sought to import British Weetabix for sale in New Zealand. The import was stopped by Customs at the border and detained, giving rise to these proceedings.

Both parties agreed that the goods were breakfast cereals, falling within the scope of the Weet-Bix trade mark registration in class 30 for "preparations made from cereals including breakfast cereals".

The sections differ in that infringement under section 89 requires "use in the course of trade" of the infringing mark. On the other hand, constituting an infringing sign under section 135 requires use "on or in physical relation to goods".

Are Weetabix and Weet-Bix identical?

Justice Gendall concluded that Weetabix is not identical to Weet-Bix on the basis that the question of identity is strict, and that in New Zealand ""identical" means precisely that". Contrast can be drawn with Australia, where the provision uses the words "substantially identical".

A key feature of Justice Gendall's conclusion was that the words differed aurally, with "Weet-a-bix" pronounced with three syllables, whereas Weet-Bix has only two syllables.

The difference between sections 89 and 135 was discussed by Justice Gendall in the course of assessing the question under section 135, and what constituted use for the purpose of this section. Consistent with principles of statutory interpretation, Justice Gendall held that the clear distinction in wording between section 89 and 135 meant that whether use had been in the course of trade was irrelevant for the purposes of section 135. Once this finding was made, it was clear that the use of Weetabix had been "on or in physical relation to goods" so as to satisfy section 135.

Justice Gendall concluded that the prospect of subsequent deception or confusion was "real" due to the familiarity of New Zealand consumers with Weet-Bix, unfamiliarity with Weetabix, the similar get-up of the products, and the nature of the products being fast moving consumer goods. His Honour considered that a substantial number of the general public would be confused or deceived by use of Weetabix, and this was an infringing sign for the purpose of section 135. This triggered the border protection provisions, including providing for detention of goods, and subsequent remedies, were applicable.

Section 89 - is there trade mark infringement?

Section 89 requires use (of a sign) in the course of trade in order to constitute infringement. The parties disputed the meaning of "trade" and who should be considered in the assessment of confusion or deception. Sanitarium contended that the section refers to trade generally and the general purchasing public. LBB sought to focus on their specific use, arguing that confusion or deception is unlikely as the product is only sold in LBB's British specialty stores and from its website, to a niche market.

After reviewing relevant authorities, Justice Gendall deemed that the context in which the potentially infringing products are sold does have relevance to whether such use is likely to deceive or confuse. In view of this, LBB argued that the notional consumer would be aware of the specialised nature of the goods in the context of their retail source as a British specialty store, and therefore would be unlikely to be confused or deceived.

In rejecting this argument, Justice Gendall emphasised that all circumstances of use must be considered. This was important as there was evidence that sales of Weetabix had occurred in contexts other than merely the LBB stores and website. While Sanitarium's survey evidence showing confusion was treated with caution by Justice Gendall, this proved to be key to his conclusion that "risk of confusion or deception is significant", before interestingly noting that this finding was "only by a reasonably fine margin".

LBB were found to have infringed the Weet-Bix trade mark, and the Weetabix sign was found to be an infringing sign for the purposes of the border protectionregime.

In determining the appropriate remedy, it was interesting to note Justice Gendall's further references to the fine margin on which he considered there was infringement under section 89.

Given this, he proposed a conditional injunction whereby LBB could continue to sell the Weetabix product, provided that it is sold only through the specialist British stores and with the Weetabix label over-stickered. The products detained by Customs were ordered to be destroyed.

Costs were reserved, with a suggestion from Justice Gendall that they lie where they fall. This may seem harsh on Sanitarium, given that they were required to pursue their claim through the High Court to obtain an injunction on very similar terms to those they had suggested before the outset of proceedings - ie. that sales of Weetabix could continue if there was over-stickering of the Weetabix mark.

The findings reinforce the value of using of the Customs Service border protection regime to protect and enforce registered trade marks in New Zealand.

Therefore, if you are concerned about a potentially infringing product which is being, or could be imported, a border protection notice should be given strong consideration.

If you would like more information about border protection notices and how these could assist your business to protect its trade marks and copyright, please contact us.