Registered Designs in New Zealand - In from the cold

1931 days, or 5 years, 3 months and 13 days is a long time to spend in a spa pool. It is also the length of time between published decisions of the New Zealand Assistant Commissioner of Designs. The less popular sibling to registered trade marks and patents had its 'day at the spa' recently as an application for cancellation of a registered design was heard and published. We take a quick look at what happened and what can be taken away.

Guangzhou Sunrans Sanitary Ware Co. Ltd ("Sunrans") was the proprietor of New Zealand registered design No. 422250 for an outdoor spa pool which was registered on 17 November 2016.

Rival spa pool manufacturer Watkins Manufacturing Corporation ("Watkins"), whose pools are sold and marketed in New Zealand by Hot Spring Spas, applied to cancel the registration on the basis that the design was not new or original based on prior published documents and prior use.

After reviewing evidence only on behalf of Watkins, as the application for cancellation was uncontested by Sunrans, the registered design was cancelled on the basis that it was not new or original as required by the Designs Act. The full decision can be found here. 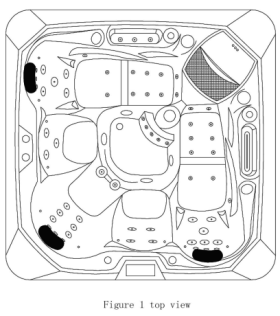 Was the Sunrans pool new or original?

The key ground on which the cancellation action was based, and on which Assistant Commissioner Alley had to decide was that provided in section 5(2) of the Designs Act 1953:

Subject to the provisions of this Act, a design shall not be registered thereunder unless it is new or original and in particular shall not be so registered in respect of any article if it is the same as a design which before the date of the application for registration has been registered or published in New Zealand in respect of the same or any other article or differs from such a design only in immaterial details or in features which are variants commonly used in the trade.

Based on one piece of evidence only, a declaration from a staff member of Hot Spring Spas, the Assistant Commissioner held that the Sunrans design was not new or original as the variations in the Sunrans pool from what was known or used before the application date were immaterial details or common trade variants in accordance with section 5(2).

Despite the relative paucity of case law regarding registered designs in New Zealand, Assistant Commissioner Alley applied orthodox principles in coming to the conclusion that as the Sunrans pool did not differ materially from the spa pools advertised and offered for sale before the application date by Prestige Pools (the distributors for Sunrans), the design was not new or original.

The importance of evidence

However, it is worth observing that as noted in the list of relevant points at paragraph 30 of the decision: "it is not possible to define with any degree of precision how much a design must differ from the prior art before it will be regarded as new or original. This is a question to be answered according to the facts of each case."

Therefore, given the importance of evidence, the question remains as to whether if presented with evidence on behalf of Sunrans, the differences deemed immaterial or common trade variants by the Assistant Commissioner in this case could have been considered as sufficient variations in the context of spa pools to render the Sunrans design new or original.

Once again, this case emphasises the importance of evidence in any contentious intellectual property matter, and reflects trends seen in both patent and trade marks cases before IPONZ. Specifically, without evidence which at least calls into question or provides an alternative narrative to the evidence provided by the opposing party, you are as good as having spent 1931 days in a spa pool, cooked!

Of further note is that this case followed a proceeding in the High Court of New Zealand, which are also rare in the context of a registered design. In the matter before the High Court in Watkins Manufacturing Corporation v Prestige Pools Limited [2018] NZHC 709, Sunrans were found to have infringed Watkins' design registration No. 418933.

Interestingly, in the High Court matter, Sunrans did defend the allegation of infringement including calling a witness to provide evidence. However, in this instance it did not assist them in avoiding a judgment that their pools infringed the Watkins design registration.