While many were hopeful that the High Court would make a definitive ruling and clarify the law regarding computer-implemented inventions in Australia, a split decision of the High Court means that this is not the case, and some degree of uncertainty remains.

In an unfortunate turn of events, the panel of seven judges hearing the appeal was reduced to six. This allowed the rare instance of a 3:3 split between Kiefel CJ and Gageler and Keane JJ who considered the invention unpatentable and dismissing the appeal, and Gordon, Edelman and Steward JJ who considered the invention patentable and would have allowed the appeal. In this circumstance, the decision of the Full Court of the Federal Court of Australia was upheld and the appeal dismissed.

The justices who were not in favour of granting the appeal primarily based their decision on a construction and characterisation of the claimed invention as merely “a new system or method of gaming”, this was “In the absence of a claim to some variation of or adjustment to generic computer technology to give effect to, or accommodate the needs of, the new game”.

Kiefel CJ and Gageler and Keane JJ considered that there was no relationship, advantage or technical association between the inherently unpatentable game on its own, and its implementing computer technology in order to render the claimed invention patentable. 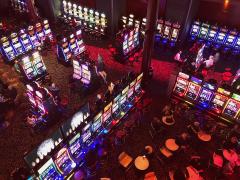 Gordon, Edelman and Steward JJ – In favour of allowing the appeal

On the other hand, the justices in favour of granting the appeal considered that when assessing the patentability of inventions in the 21st century, a differing conclusion should not be reached solely because physical cogs, reels, and motors are replaced by complex software and hardware that generate digital images. In coming to their conclusion, these justices favoured an approach based on the "watershed" decision of the High Court in National Research Development Corporation v Commissioner of Patents, which established the requirement for an "an artificially created state of affairs" for establishing manner of manufacture and patentability.

Gordon, Edelman and Steward JJ also referred to older case law establishing patentability of physical card games where the game and its implementation by differently marked cards was held to be patentable (Re Cobianchi's Application). Gordon, Edelman and Steward JJ considered that the same should apply to a game implemented by digital means where it resulted in what could be deemed "an artificially created state of affairs".

The justices favouring allowing the appeal distinguished recent cases such as Grant, Research Affiliates, RPL and Encompass which were held unpatentable on the basis that these were examples in which a computer was merely used to manipulate an abstract idea, as opposed to a computer carrying out a method to produce an artificial state of affairs and a useful result – as was their view of the invention at issue.

In terms of future implications, IPAustralia has stated that it will carefully review the decision but “At this stage, the Commissioner’s practice will remain to consider that a claimed invention will not satisfy the requirements for manner of manufacture in accordance with s 18(1)(a) or s 18(1A)(a) of the Patents Act 1990 if it is merely directed to the implementation of an otherwise unpatentable idea in conventional and well-understood computer technology.”

Despite the above, there are ways and means of enhancing the prospects of patentability for an invention which is implemented by a computer and/or software. For more guidance on this area of patent law in relation to your specific situation, please contact us.